With holidays off the cards for many, this summer will likely see those vacation vibes transported to your back garden – or at the very least, the beer garden down the road.

But what will we be drinking? For the past few summers, tipples like Aperol Spritz and flavoured gins have graced the (rather sweaty) palms of many.

But this summer it’s looking like people will be divided into two camps: the frozen cocktail club and those who want low sugar and alcohol light options. Well, that’s according to drinks experts anyway.

We asked UK-based mixologists and bartenders what they predict we’ll be drinking this summer based on what’s already proving popular among clients. Here’s what’s on their radar.

Jack Jamieson is a mixologist based in Scotland who runs the cocktail and mixology Instagram account @scottishmixology. He predicts easier and fruitier serves to do big business this summer: think fruity margaritas and daiquiris.

“These drinks tend to be very approachable and tasty, can be made with ingredients found in every supermarket, and can easily be batched up for serving with friends,” he says.

The mixologist has noticed people are beginning to explore spirits beyond gin, particularly spiced rum. “Rum’s versatility combined with crowd-favourite flavours like vanilla and cinnamon, berries and nuts means that the average consumer is well equipped to make tasty cocktails in their own homes,” he says.

“That’s why I see fruity daiquiris being the drink of the summer. The flavour combinations are only limited by people’s imaginations and if they don’t want drinks that are too strong, they can either blend it with lots of ice and top it up with their mixer of choice and they’ve got yet another extremely tasty drink.” 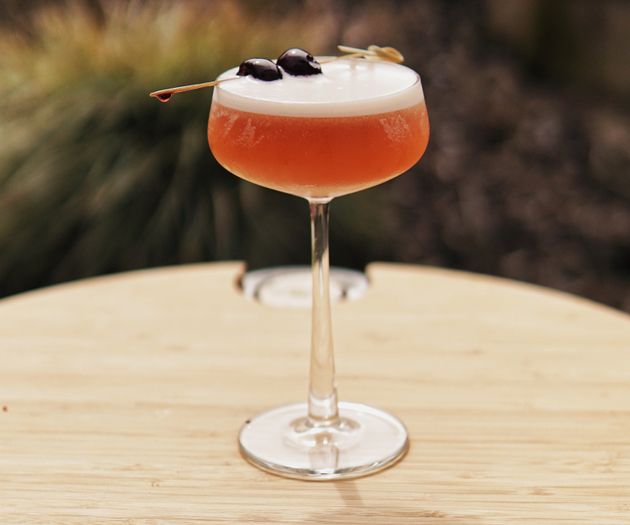 Jamieson’s formula for a fruity daiquiri

The combinations are endless. You could use raspberry, strawberry, blueberry or apricot jams, he says, or pineapple, cranberry, mango, grapefruit or apple juice. Top up with your mixer of choice to make it last longer: sodas, coke, low calorie mixers or even sparkling wine all work.

An easy at-home recipe that will be sure to wow guests is the French Amaretto Daiquiri. This recipe makes four glasses.

Add all ingredients to a blender and fill the rest with ice, Blend it all up and add more ice until a slushy texture is obtained. Garnish with a pineapple leaf and a few raspberries or maraschino cherries.

Frosé with a twist

But another drink that’s really taking off is a twist on the classic summer bevvie: frosé. “Our Frosé Paloma has been going down a treat, it’s a mix of agave tequila, rosé wine and pink grapefruit cordial, so capitalising on the tequila trend whilst making the most of the summer frosé popularity,” he says. 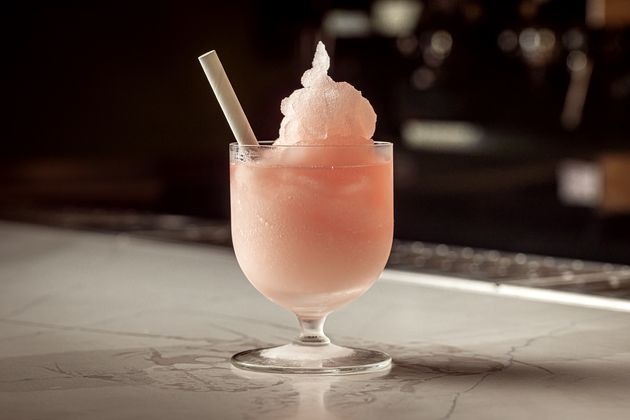 “We can’t make enough of these! To make at home you just need to blend all the ingredients with ice, it’s best to use a pretty strong blender for the ice as you want a fairly smooth consistency.”

Rich Woods aka The Cocktail Guy predicts The Frozerol – which is a slushy take on the classic Aperol Spritz – will be huge this year, in addition to hard seltzers and low calorie/low sugar drinks.

The classic Negroni has also been treated to a slushy makeover (we see a pattern emerging here) with a few bars now serving the Frogroni, says Woods –  basically a slushy version of gin, sweet vermouth and Campari. 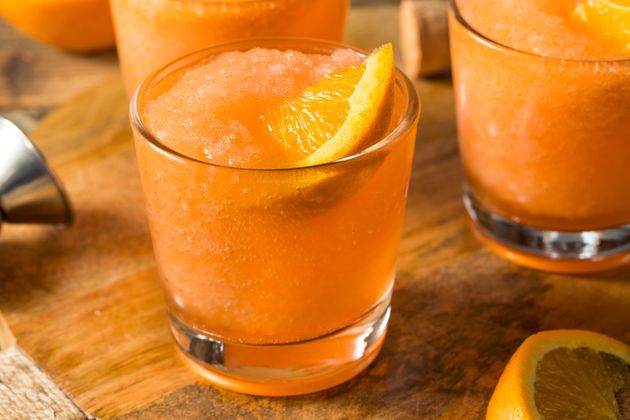 “We love the escapism of drinking,” says Woods. “It’s not just about that initial hit, but the removal from our daily lives, and let’s face it, who doesn’t want to escape the memories of the last year?”

For a Frogroni, add a heap of ice cubes to a tea towel and smash them with a rolling pin. Then fill a tall glass and pour in your Negroni. “Personally I love to substitute gin for a quality tequila and slightly tweak the classic ratio,” he says. “My preferred [ratio] is 30ml tequila. 20ml Campari and 20ml sweet vermouth.”

“Drinks such as sangrias, Aperol Spritz, sparkling wine cocktails and tonic cocktails are already proving to be incredibly popular for us,” he says.

With rum having a resurgence, one drink that’s proving particularly popular at the beach club is Rumgria: yes that’s a sangria-rum hybrid. 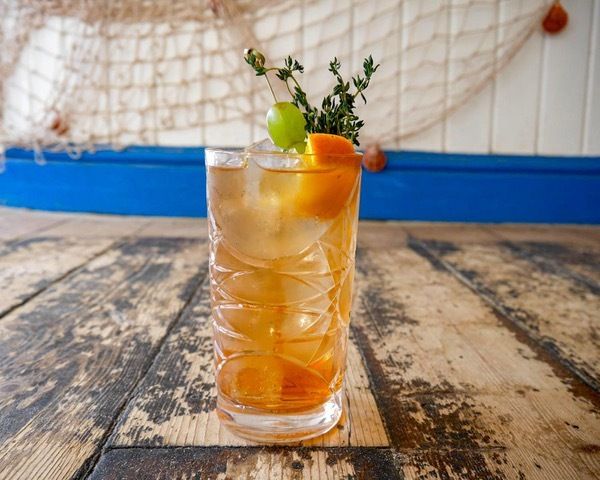 To make your own, you will need:

Simply mix all your ingredients in a jug with ice, top up with Prosecco, garnish with the thyme and grapes and you’re good to go.