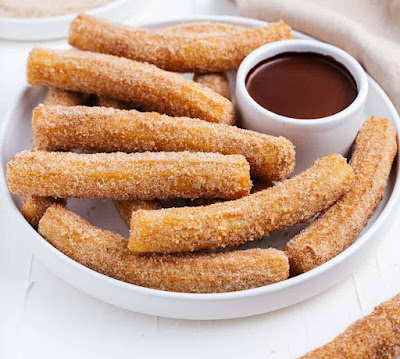 This easy vegan churro recipe is everything you've been craving and more.

For the Cinnamon Sugar:

For the Chocolate Sauce:

For the Chocolate Sauce:

Oils like vegetable, canola, peanut, or corn are all good options for frying the churros. A thermometer will help you keep a more consistent temperature throughout the cooking process. For the sugar, both white or cane work. There will be a little cinnamon sugar left over, but save it for next time!