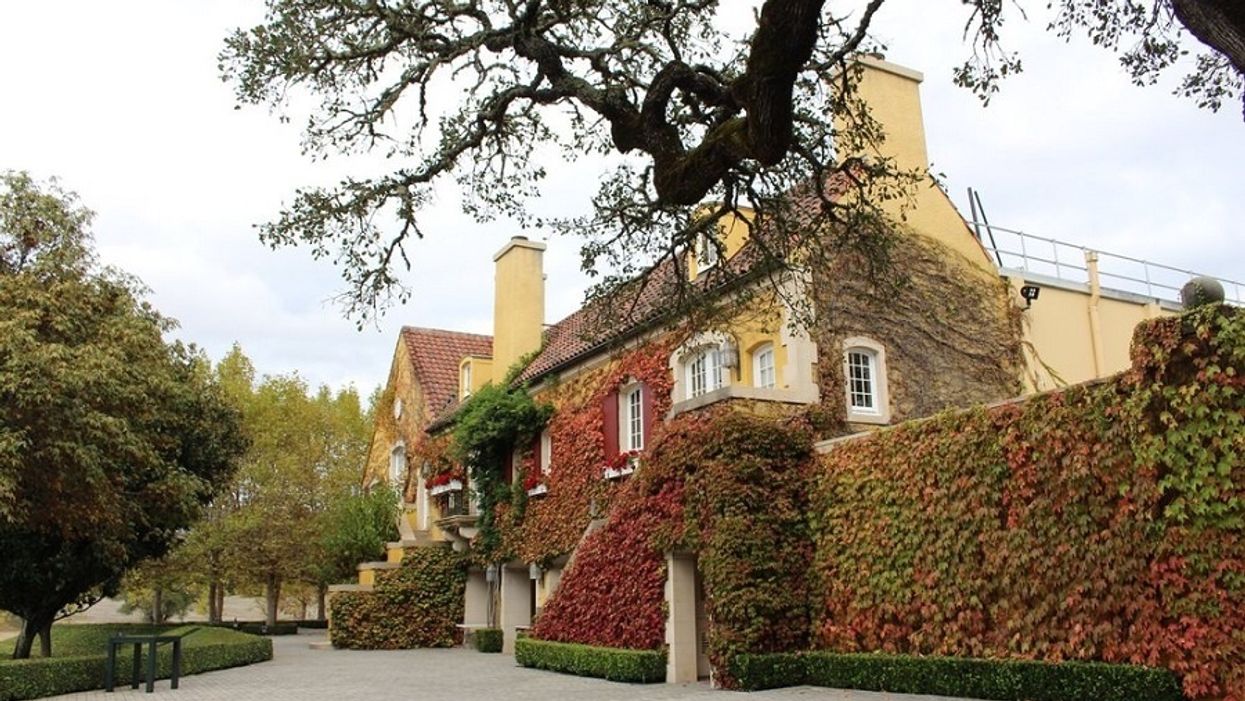 At Healdsburg's Jordan Estate, over 900 acres—more than three-quarters of the property—remains untouched. Craggy oak trees stretch their branches over these rolling Sonoma hills, the same ones where the Pomo and Wappo Indians once hunted and foraged.

The road through the estate ends at the winery, a French Country–style chateau painted in soft yellows and tiled in red. Anyone can visit. Anyone can tour the cellar and cask room, enjoy a Parisian-inspired food and wine pairing on the terrace, or explore the property via a Mercedes sprinter van with a reservation. To spend the night as French aristocracy, though—to feast on caviar and carefully prepared, hyperlocal bites in the sumptuous private dining room and spend the night luxuriating in soft linens or a clawfoot tub? You've gotta join the club. 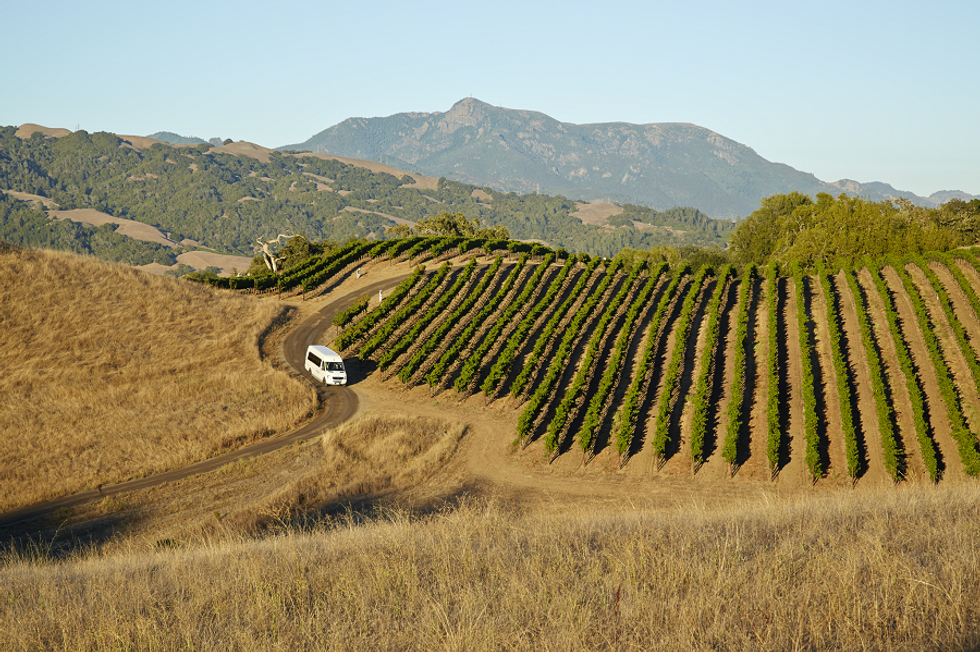 Jordan Winery's loyalty program isn't your typical winery membership. You don't join for shipments of their cabernet sauvignon and chardonnay. Instead, it's more of a rewards club where spending on tasting tours, wine, and other goodies from the gift shop earns you points towards next-level experiences that are unlocked once you spend $500. 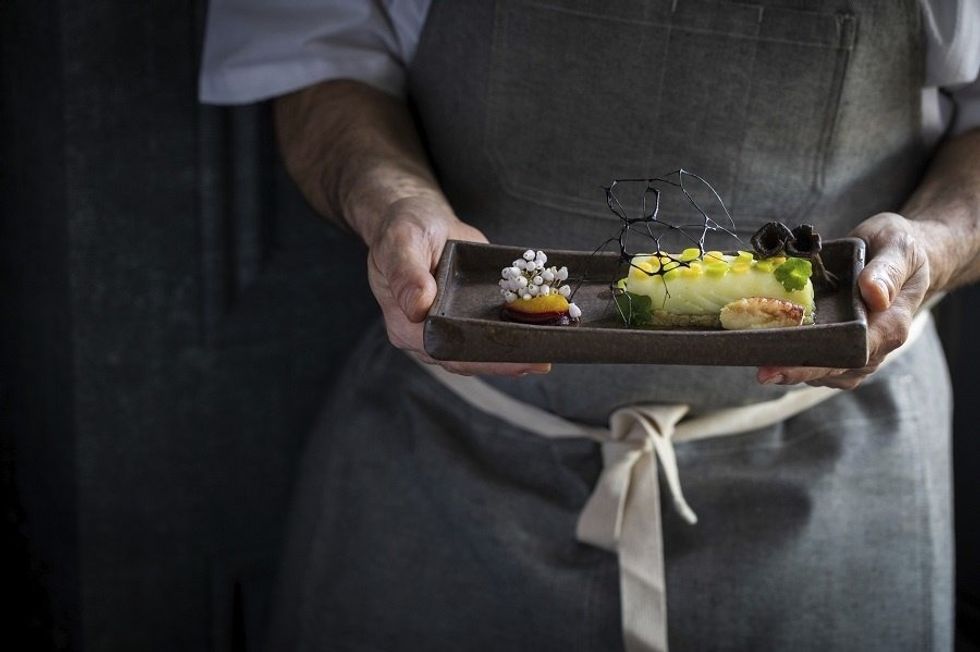 It's here that members can take advantage of private culinary experiences consisting of food and wine pairings (like Champagne and caviar), lunches, and multi-course dinners. Members also get preferred pricing and sometimes exclusive access to winery events, like the Big Bottle dinner featuring large-format bottles of past vintages.

Chef Todd Knoll, who has long helmed the kitchen at Jordan, is experimenting with culinary creativity not just influenced by the Estate (where he has his own culinary garden) but folded into it. "I have this thousand acres to play with. So I have the opportunity to get hyperlocal," he says. Many of the same foods that the area's Native American tribes acquired show up in his dishes, including acorns, kama bulbs, porcini mushrooms, miner's lettuce, manzanita bark, and cattails.

"I'm constantly changing menus all the time, he says. "It's more than just the food on the plate, it's the whole story." 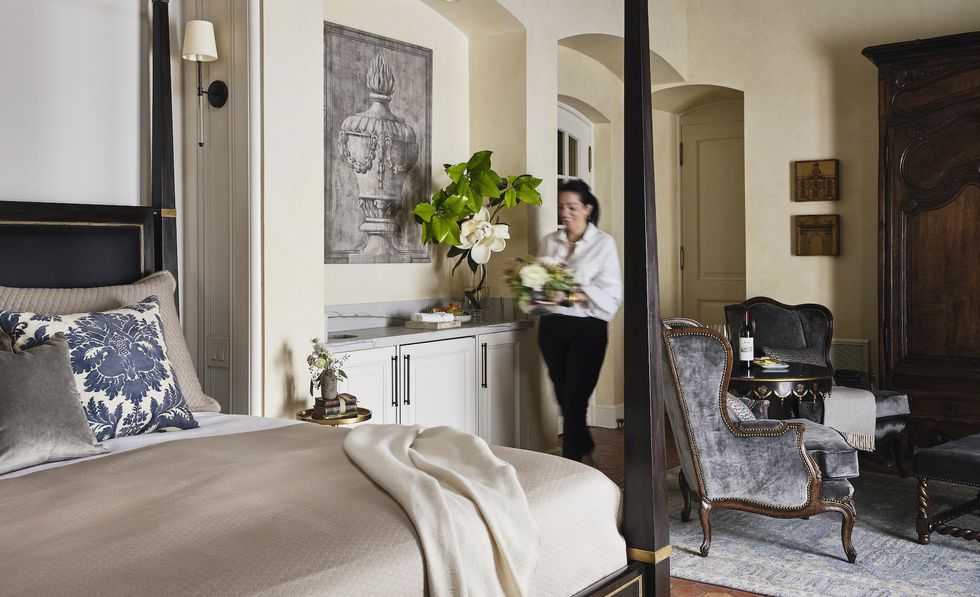 Private doors in the chateau open up with the more wine you drink. It's not a hotel, it's something far better: A true taste of Sonoma royalty.

Upstairs, above the lavish dining room and the expansive cask room, above the gardens and the patio, Jordan reserves three chateau suites (ranging in size from 575 to 775 square feet) for its most loyal members where you can stay the night for a song ($100-$150 a night). Extensive renovations on all three suites—the first since their debut in 1979—were completed this summer, offering a whole new level of Old World luxury typically reserved for Europe's most expensive hotels.

The exposed wood beam ceilings and hexagonal-tiled terra-cotta floors were preserved, but the suites otherwise underwent incredible and meticulous transformations at the hands of San Francisco designer Maria Hiadamus in collaboration with Loczi Design Group. The result is a seamless mix of modern day and French antiques from Louis XV (an homage to founder Sally Jordan) and the XVI and XII periods (a favorite of CEO John Jordan's). Not a single detail was overlooked throughout the eight-month process.

The most delightful surprises are the large and luxurious bathrooms, botanical wallpaper that serves as a tribute to the estate's natural habitat, and vintage armoires that now double as entertainment centers complete with a turntable and French records. One of these armoires, brought over to the U.S. by Sally Jordan in the 1970s, came from the Lafite Rothschild Family, one of the most famous wine families in the world.

Each room also has a wet bar stocked with wet towel service, housemade snacks, and a bottle of wine. Before your departure out into the morning fog, a fresh continental breakfast is hand-delivered to your door. By the next day, you'll wonder if it was all a dream.

These private experiences at Jordan are "not only an homage to Old World France," according to Geoffrey De Sousa, whose San Francisco firm redesigned the dining room, they are "also a portrait of the surrounding estate." A French world sought by many, but lived only by Jordan's members.

// Want to join the club? You are automatically enrolled and given 3,000 points when you join their mailing list. Jordan Winery, 1474 Alexander Valley Rd. (Healdsburg), jordanwinery.com 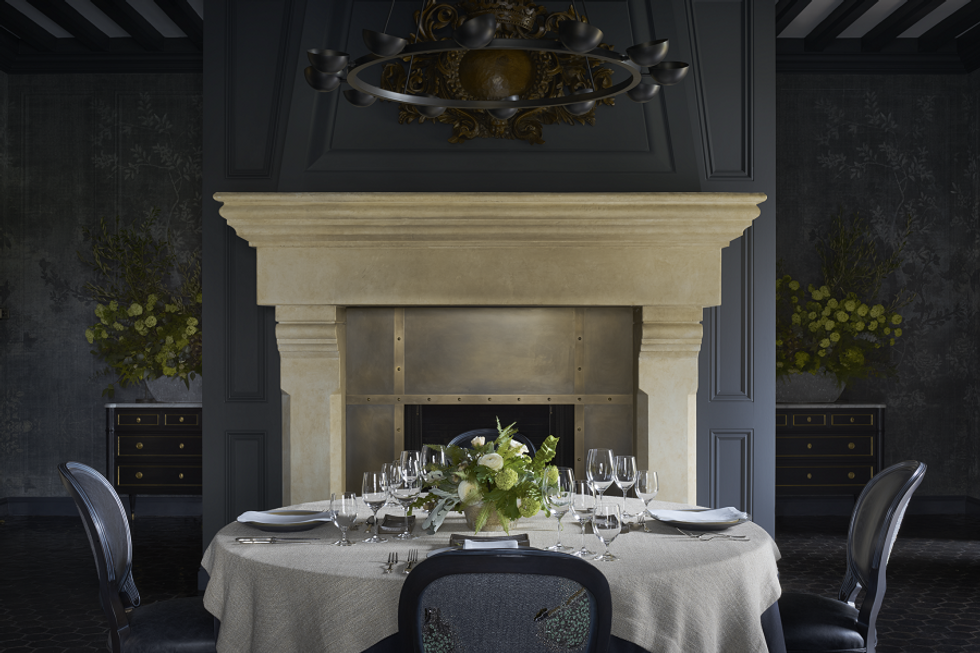