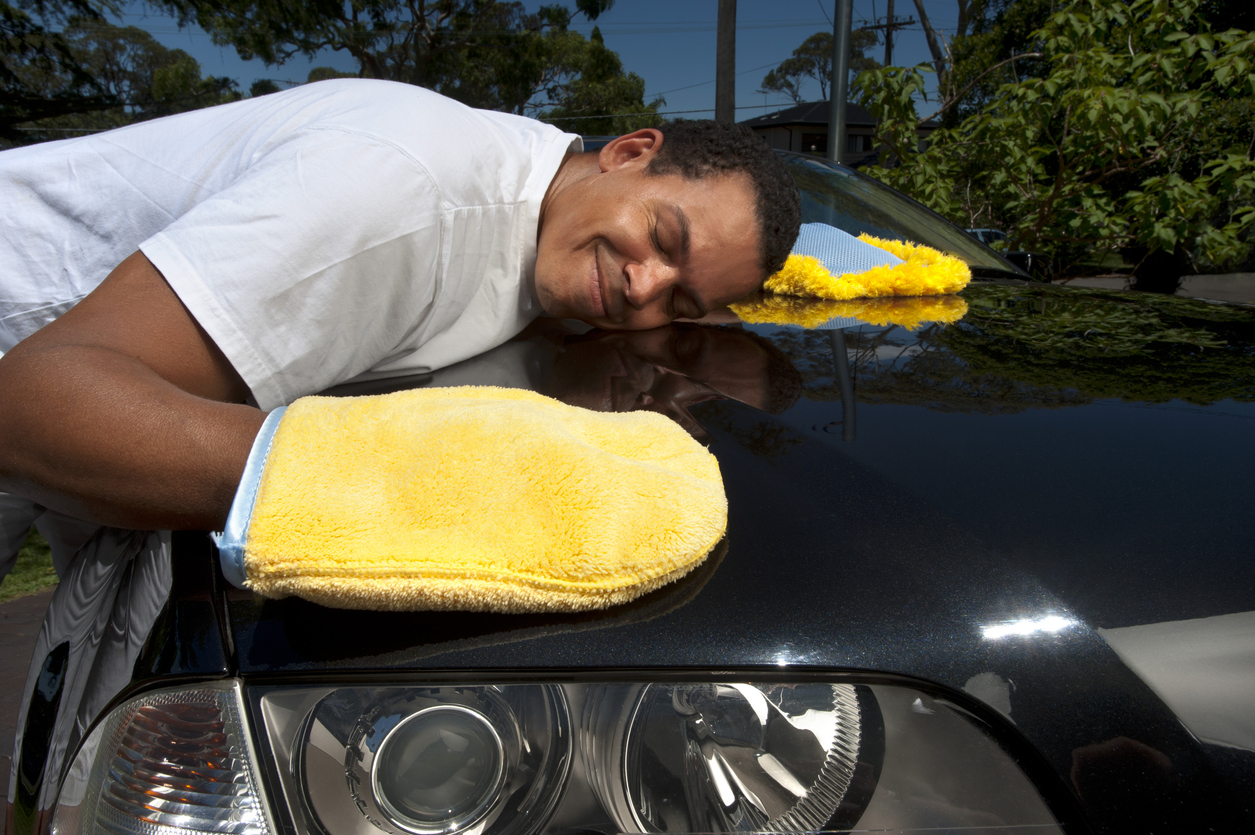 It’s true. I’m a car slob and provide no apologies for it. I came to this sad realization as I plugged my Sears Kenmore 4.8 vacuum into the garage outlet, snapped in the attachment and pushed the button.

I had to assume a weird body-placement position in order to access all the crud I saw gathered in the nooks and crannies of my 2008 RAV 4. The whine and whir of the vacuum engine finds a tiny little place in the depths of my inner ear and remains there for the entirety of my car clean-up. I’m also hearing a consistent flow of what-sounds-like pebbles and sand being drawn out of the carpet, then sucked up the hose into oblivion. It’s a great feeling. Visual results !

Who knew deep cleaning could be so satisfying? You know those completely condescending commercials where that lady in the Household Cleaners aisle is sniffing the Lemon Lysol spray bottle like an addict whose just reintroduced herself to her first love??!! Now I understand that joy ! Of course, I’m exaggerating, but only slightly. Getting on my hands and knees and suctioning up every last crust and crumb of my sloppy life felt oddly free-ing and refreshing. I used that vacuum wand like it held some kind of secret powers which I summoned just by pressing the “on” button and pointing it in the right direction. No, I did not actually SNIFF my car’s carpeting and upholstery. However, I did find myself sweeping my hand, back-and-forth, over and over the carpet’s bristly surface to ensure I got every speck of dirt and dust . No filth left behind. I was feeling the soft and pleasing plushness of the clean carpet. I’m sure if I had snuck a peek of myself in the rear-view mirror, I would’ve caught myself: S-M-I-L-I-N-G !

Since I’ve gone down that treacherous road of true confessions and full-disclosures, I must share with you my newfound love of bracelets. Cool manly-men , whose masculinity is not easily threatened, have been wearing meditation beads, steel and leather , and gold chain bracelets for quite sometime now. I’ve only just recently felt comfortable enough with my fashion sense and evolving masculinity to wear bracelets openly. Sounds stupid , I know. It’s only a piece of jewelry. How can something so lovely and so simple be so wrapped up in gender-specific norms and cultural stereotypes? ( I digress…)

After spending close to two hours cleaning the upholstery, wiping down the dashboard, Windexing the windows and mirrors and vehemently vacuuming, I had finally reached the very back of the car and was relieved to know I was approaching the end of my car cleanse. I opened the back hatch , the door light went on and I found the strap and pulled. The cover of the back storage popped up and revealed a treasure trove of : STUFF !

Chapter 4: Reunited : me and my long-lost Italian bracelet!

I began pulling out the ingredients of my back-hatch storage bin. First came the the fleece-lined winter pull-over pants. Then came all the other 4-season camping accoutrement : two tiny, rose-red fold-up chairs, a Lands End winter parka (with Scotch plaid wool lining), 3 pair of gloves, my walking sticks, a portable hammock, my 2-person pop-up tent, a picnic blanket, 2 pair of Smartwool socks, a bag of summer extras (a bathing suit, towel, deodorant, a hair brush and comb, a bar of soap), and a pair of faded blue Shoeology NYC side-zip hiking boots. Damn ! How did all this stuff fit in there??

As I moved the vacuum wand side to side across the bottom of the hatch, I didn’t hear nearly as much noise and crusty-cruddiness that I heard around and under the front and backseats. Suddenly, though, I heard a strange “clink” and “click” sound and I figured I better check and see if I had sucked up, yet another, bunch of pennies and dimes like I’d mange to do earlier. I popped off the attachment from the vacuum wand and looked deep into the abyss, the vacuum hose. I saw nothing. So, I shook it and shook it and I heard that sound again, but saw nothing. Assuming it was too late and stuck way down in the vacuum canister, I gave the hose one last, quick shake just in case it might loosen itself. One more shake and …. out flew this brown and silver .. thing.. ! My Italian silver and leather bracelet !! I lost this months ago !! I thought I’d lost it on one of my daily walking treks in the park. But.. here it is ! Reunited !! Needless to say, I was elated! It was a birthday gift from my wife when we visited her hometown near Naples, Italy last fall. My wife and daughter, both, chose that bracelet for me. It was lovely. …And it was lost.

You would’ve thought I had won the lottery !! I felt like I had been reacquainted with an old friend who I’d been longing to see but could never find. I think I’ve lived long enough on this earth to know that some people ,and some things , for that matter, are not meant to be found, again, and they remain forever lost in the never-never land of personal history and layered memories. But here it is, on my hand, again, this bracelet that has given me one more chance to feel its silver clasp and soft leather against my skin.

I always thought I should’ve named my RAV4. My wife, Sandra, and I named our bikes, Fred and Ethel all those years ago. So why didn’t I name my car , this new mode of transportation ? Let’s see:

I handed over the RAV4 keys to the new owner with no fanfare and no spoken name. Instead, as I drove off the lot with my new (used) car, I raised my right hand to bid farewell, my wrist feeling the gentle caress of the leather strap , the cool silver clasp of my bracelet, waving.

You may also like these posts on The Good Men Project:

The post My Car Catharsis: One Fuzzy French Fry and a Lost Leather Bracelet appeared first on The Good Men Project.