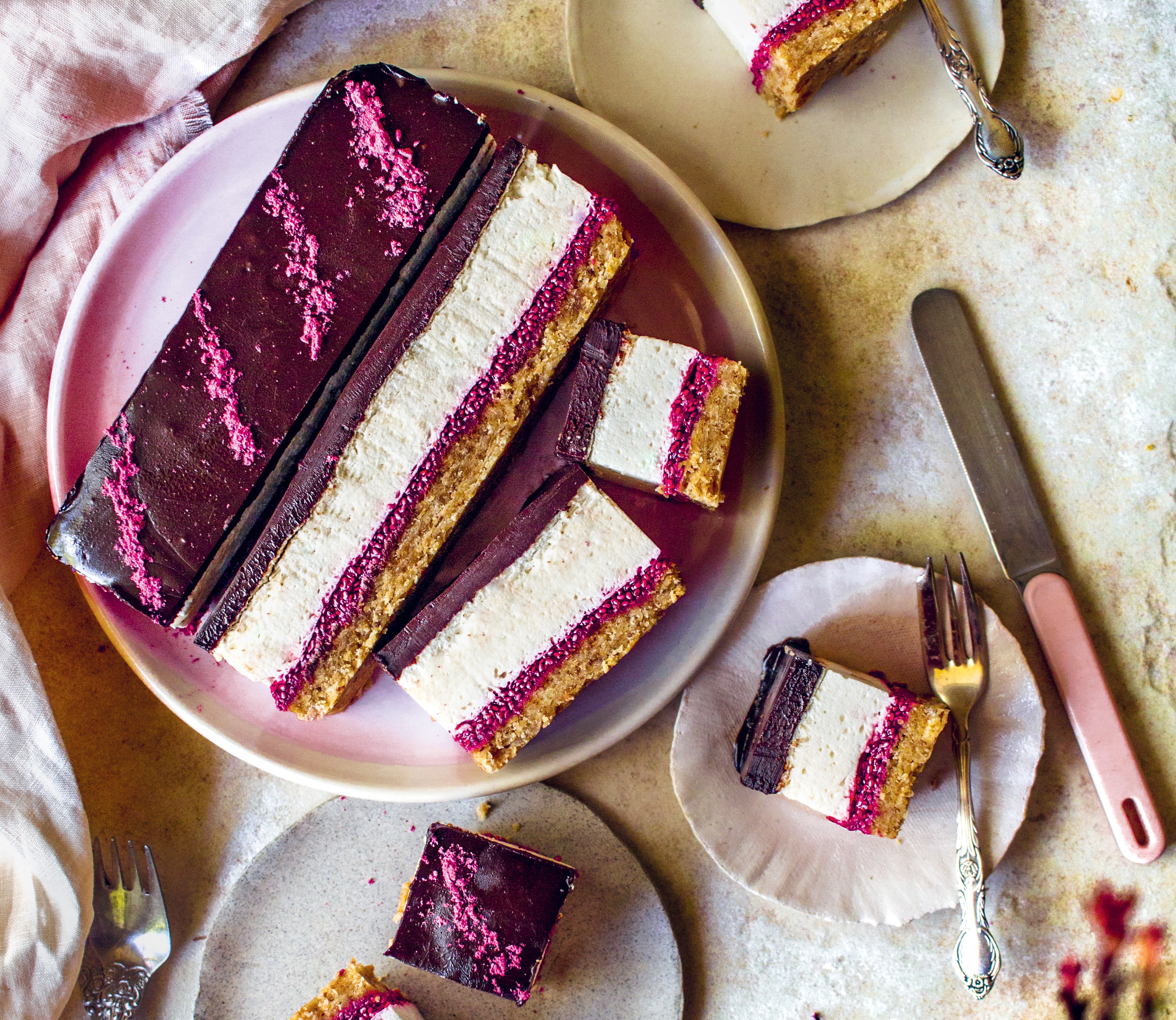 This is a more wholesome version of wagon wheelsa popular supermarket treat I! The trickiestand most magicalthing in this recipe is the marshmallow, which is made without animal-derived gelatin and without refined sweeteners. Instead, aquafaba has reached stiff peaks at the same time as when your syrup has been heated. The agar powder in the syrup sets quickly so it needs to be incorporated into the aquafaba and spread onto the base as quickly as possible. The marshmallow is only mildly sweet, which makes it perfect for adults!

For the Shortbread Base:

For the Raspberry Chia Jam:

For the Marshmallow Layer:

For the Chocolate Layer:

To make the Shortbread Base:

To make the Marshmallow Layer:

To Cut the Wagon Wheels: